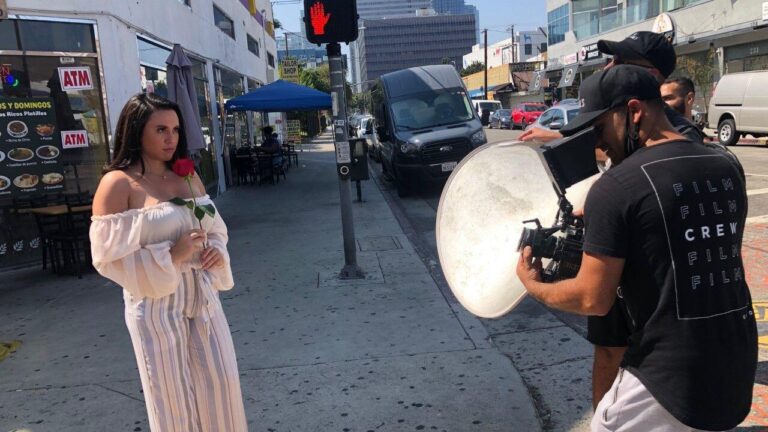 Thank you so much Stephanie Stutzman for reaching out and bringing my “Olvidarte” story to your newspaper.“

Annika Bellamy moved to Long Beach from Las Vegas with a dream to make it in the music business. She settled herself in the Bixby Knolls neighborhood, set up a home studio and got to work.

“My career has completely changed since I moved to California,” Bellamy said. “My music, my approach, everything is different from what it was a year ago.”

Bellamy’s sound has shifted, she said. Her first songs could be described as new-age rhythm and blues, but now she’s exploring Reggaeton, a Puerto Rican style of music made popular by the likes of Daddy Yankee, Don Omar and J Balvin.

While unconventional, Bellamy is using her talent to help her better learn the Spanish language. Making music is an easier way for her to put the language to practice, she said.

“Moving to Long Beach has helped me get more in touch with my Spanish-speaking roots,” she added. “There’s a lot of diverse culture here and plenty of opportunity to connect with people who are bilingual and let me practice my Spanish with them.”

Her father is from Spain, and while she said she’s familiar with the language, she never had the opportunity to learn it. Her first Spanish song, “Olvidarte” — meaning “Forget You” in English — is a milestone for her, she said.

Bellamy has had plenty of help on her venture. Jayden Panesso, an American Columbian songwriter and producer, helped her write and produce the song. Her Spanish-speaking goals earned her the nickname “Annika La Unica” — meaning “Unique Annika” — among her fellow singer, songwriter peers.

“I really expanded (since moving to Long Beach) and I’m a free spirit, clinging to what’s artsy and unique,” she said.

Her first music video for “Olvidarte” will debut in the upcoming weeks on YouTube. It’s the first video she’s professionally produced — as well as her first song in a different language than her native English.

“I never would have thought that my first music video would be in Spanish,” she said. “But I’m moving with the opportunities I am given.”

Begin typing your search term above and press enter to search. Press ESC to cancel.